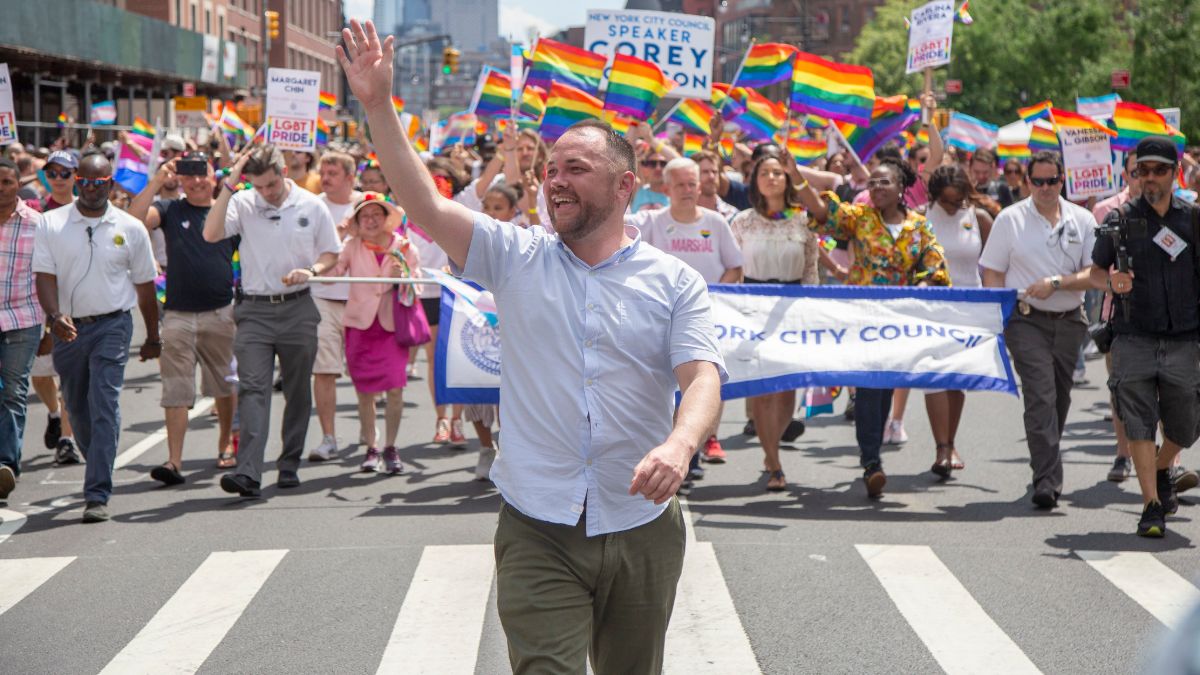 While pretending to stand for the values of “inclusion,” New York City Council Speaker Corey Johnson, who is a practicing homosexual, and his allies in the LGBT community, have insulted and excluded all Americans who believe in the universal understanding of marriage as the union of one man and one woman. You can read more about this insult here.

Sign our petition demanding an apology from the Speaker and his allies in the LGBT community.

The Council Owes Christians an Apology

I am writing to demand an apology from Council Speaker Corey Johnson and his allies in the LGBT community for the intolerant statements and actions against Samaritan’s Purse, and all Christians who believe in the biblical understanding of marriage. While we can all debate the true nature and purpose of marriage, it is wrong and insulting for City leaders to besmirch with harsh invective the large percentage of the population who hold biblical views of marriage. And it is beyond offensive to have issued an emergency appeal to groups like Samaritan’s Purse to help at the height of the COVID-19 crisis, which they did by setting up a mobile hospital in Central Park, only to issue a verbal broadside demanding that they leave after having helped abet the worst of the crisis.

Samaritan’s Purse treats all patients with love and care regardless of beliefs or sexual orientation. They have helped save lives by providing critical medical care to hundreds of New Yorkers in the emergency hospital they graciously erected in response to the cries for help from City leaders. Similarly, people of faith from all across the country have responded to the situation in New York City with contributions of goods, services and funds, and with their prayers. Many Christian medical professionals have come to the City from elsewhere to lend a hand.

When Speaker Corey Johnson and LGBT leaders refer to Christian nonprofit groups and the faithful who sustain them as “bigoted,” millions of Americans are understandably insulted. When Christian medical professionals and charities like Samaritan’s Purse respond to the City’s urgent pleas for help, it is wrong to say that they are “bringing bigotry into the City.”  It is with rich irony that City leaders declare that the continued presence in the City of all who hold a different view of marriage than the majority on the Council to be, “an affront to our values of inclusion.” Finally, to declare that the booting of Samaritan’s Purse is “a victory of the LGBT community” reveals deeply misplaced priorities and a failure to grasp the true meaning of an inclusive community.

I hope you will see that these statements about Samaritan’s Purse, its leader Rev. Franklin Graham and all faithful Christians who support ministries like this are inappropriate and misplaced. I hope you and LGBT leaders will issue a formal apology for these statements.